An Opportunity
For A Fresh Start
And A New Beginning
-
-
-
Click to Enjoy the music of Sissel - Auld Lang Syne
(sound ON     full screen)
-
http://www.youtube.com/watch?v=W4r74IIKbh8&feature=related
-
-
The title of the Scottish tune translates to "times gone by" and
is about remembering friends from the past and not
letting them be forgotten.
-
Despite its strong association with New Year's Eve,
"Auld Lang Syne," written by Robert Burns in the 1700s,
was never intended to be a holiday song.
-
-
-

Manufacturing Slips Deeper into Contraction
http://www.foxbusiness.com/economy-policy/2015/12/31/midwest-manufacturing-slips-deeper-into-contraction/?intcmp=fnhpfbc
“An index measuring the economy of the Midwest fell to its lowest level in December since July 2009, underscoring the extent to which manufacturing has become a drag, especially in the manufacturing-heavy Midwest.
The Chicago Business Barometer, commonly known as the Chicago PMI, shrank to 42.9 this month from 48.7 in the prior one. below 50 indicate contraction.
The barometer's measurement of new orders fell to the lowest level since May 2009, indicating that business in the pipeline for some manufacturers is also slowing”
-
Stocks Sputter as Dow Looks for First Down Year Since '08
http://www.foxbusiness.com/markets/2015/12/31/us-equity-futures-rise/?intcmp=fnhpfbc
“As of 10:30 a.m. ET, the Dow Jones Industrial Average was down 143 points, or 0.81% to 17460. The S&P 500 shed 16 points, or 0.78% to 5024, while the Nasdaq Composite slipped 41 points, or 0.82% to 5025.”
-
Weekly Jobless Claims Jump by 20,000 to 287,000
http://www.foxbusiness.com/economy-policy/2015/12/31/weekly-jobless-claims/?intcmp=fnhpfbc
“The number of Americans filing new claims for unemployment benefits rose sharply last week, a potential signal the job market was losing steam ----
Initial claims for state unemployment benefits rose 20,000 to a seasonally adjusted 287,000 for the week ended Dec.26, the U.S. Labor Department said on Thursday.”
- 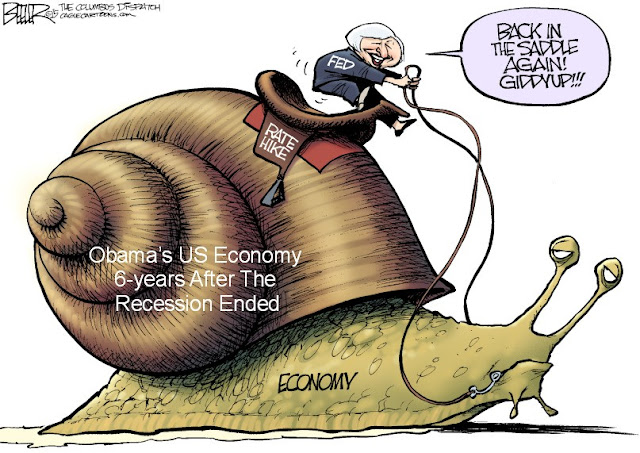 What’s the BIG DEAL?
-
For much of man-kind’s history,
Vehicles had automatic collision avoidance and
Could even take you home when you were
Sleeping or drunk.
Then
We got rid of the horse!
-
Not All change is progress
Not All progress is productive
-
-
Author unknown – but very insightful
-

Roanoke Times, 12-29-2015, Pg 1, 5: AP: Officer not indicted in killing.  The patrolman shot Tamir Rice, 12, whose weapon turned out to be a toy.
A grand jury declined to indict a white rookie police officer in the killing of 12-year-old Tamir Rice, a black youngster who was shot while playing with what turned out to be a pellet gun.
-
Did the Black Lives Matter team write this material for the AP and RT?
-
Even CNN had a “more” fair and balanced coverage of this tragic incident:
http://www.cnn.com/2015/12/28/us/tamir-rice-shooting/
-
Clearly the video shows Tamir pulling a gun in a very aggressive move and pointing it at the arriving police officers at very close range.
This is NOT PLAYING!
The police officers had no way of knowing, nor would anyone else, that this was not a “firearm”!
-
The Gun:
-
- 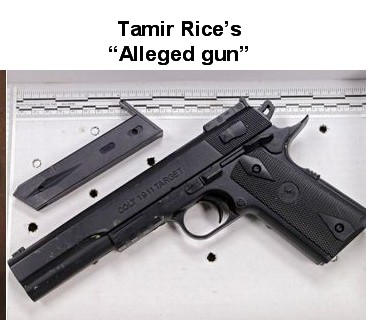 -
-
Wrongful death lawsuit filed in police shooting of teen
http://www.cnn.com/2015/12/28/us/chicago-police-shooting/index.html
Police said officers went to the LeGrier residence early Saturday morning after Quintonio LeGrier, 19, threatened his father with an aluminum bat.
Antonio LeGrier called police and then called his downstairs neighbor, Bettie Jones, to open the door when officers arrived, CNN affiliate WLS reported.
LeGrier charged down the stairs carrying the bat, WLS said. Police opened fire, and both LeGrier and Jones were fatally shot.
Jones, a mother of five, shouldn't have been shot, police say. She was "accidentally struck and tragically killed" by an officer.
-
-
In the midst of all the 20-20 hindsight, this unbelievable observation:
Cheryl Dorsey, a law enforcement consultant for CNN said an aluminum bat could cause injury but "is not a deadly force."
Sure flies in the face of reality:
"in looking at the FBI numbers from 2005 to 2011, the number of murders by hammers and clubs consistently exceeds the number of murders committed with a rifle."
http://www.breitbart.com/big-government/2013/01/03/fbi-more-people-killed-with-hammers-and-clubs-each-year-than-with-rifles/
-
Mistrial in Freddie Gray Case: “The Knife Guy in the Baltimore Paddy Wagon”
http://roanokeslant.blogspot.com/2015/12/mistrial-in-freddie-gray-case-knife-guy.html
-
Media’s Dual Coverage Policy For Police Deaths
http://roanokeslant.blogspot.com/2015/05/medias-dual-coverage-policy-for-police.html
-
NYPD Cop KIA – Judge Sorry – But In-sync With De Blazio And Obama
http://roanokeslant.blogspot.com/2015/10/nypd-cop-kia-judge-sorry-but-in-sync.html
-

Mohammed In The Classroom A Valid Exercise?

-
1-30-2016   Update to Mohammed in the Classroom
Lawsuit: Public school forced my child to convert to Islam
http://www.foxnews.com/opinion/2016/01/29/lawsuit-public-school-forced-my-child-to-convert-to-islam.html?intcmp=hphz03
-
-

Times, 12-29-2015, Pg 7: Editorial: Religion at Riverheads
Our view: What if both sides are wrong about the Riverheads assignment?
http://www.roanoke.com/opinion/editorials/our-view-what-if-both-sides-are-wrong-about-the/article_775d54ae-01a0-5a1b-9581-05ddc3ef1561.html
-
-
Two-fifths of a page dedicated to the view that, in the final Liberal analysis, it was really OK for a teacher in the Augusta Co. Va. high school to direct students to write the Muslim Creed:
“There is no god but Allah. Muhammad is the messenger of Allah.”
And why those who oppose this travesty are really not OK!
Islam Comes To -- 24 Schools Shut-down
http://roanokeslant.blogspot.com/2015/12/islam-comes-to-augusta-county.html
-
-
The editor’s comment on the beliefs of the mother of one of the student’s involved is beyond the pale:
“because it touches specifically on her own religious beliefs, which are protected by the Constitution”.
Really?
Is Christ not banished from our schools?
Has our Progressive leaders and Pravda Media not launched a major initiative to marginalize and berate the Christian basis of our founders and our nation?
Does our president (small p) not leave out “God” at every opportunity including his recitation of ’s Gettysburg Address?
Does this teacher or any teacher in a public school have the students write the Apostle’s Creed?
Are there replications of the Nativity Scene in any public school at Christmas?
Are there replications of The Cross in any public school at Easter?
Have the Liberal-Progressives not launched a war against saying a Christmas Greeting?
-
Christ is out!
But Mohammed, the God of those who have declared and are waging War upon us and killing our people, is in!
Yes – we all know -- Not all Muslim’s have declared War upon us – just as not all Germans were Nazi’s!
How did that fact help stop the Holocaust and end WWII?
During WWII, How many schools were having students read Hitler's Mein Kampf and drawing swastikas?
-
Perhaps this teacher should also have had the students do an art segment in which the students were to draw their interpretation of what Mohammed looks like!  Now that would have been a very interesting and educational assignment!
Even the RT editors haven't the intestinal fortitude to do that!
-
- 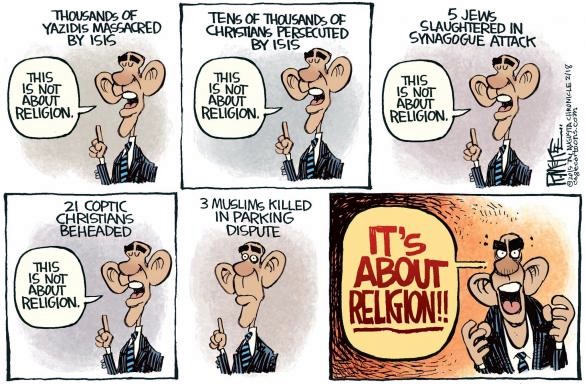 Roanoke Times, 12-11-2015, Pg 3: Bergdahl says he left base to expose ‘leadership failure’.
-
-
Accomplished!
The Failed Leader Bergdahl exposed is Obama and his failed leadership of the war the Radical Muslim Terrorists have launched against US and in particular the exchange of Bergdahl for 5 really bad Terrorists at GITMO!
-
- 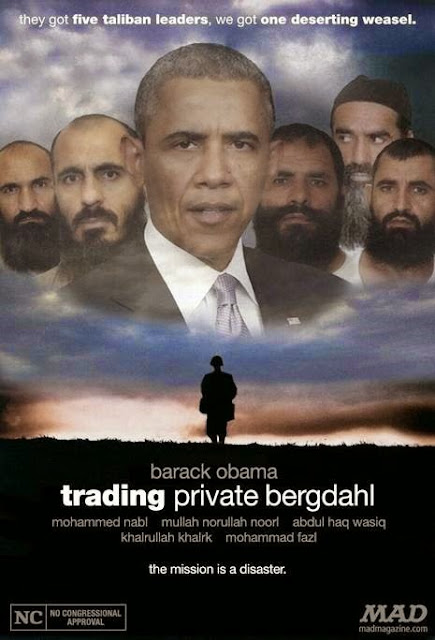 -
The release of the Dirty-5 from GITMO was eclipsed by Obama’s rose garden love fest with Bergdahl’s Arabic speaking parents announcing the “swap”:
Obama’s Bergdahl Non-POW Conundrum And Allah In The Rose Garden
http://roanokeslant.blogspot.com/2014/06/obamas-bergdahl-non-pow-conundrum-and.html
-
To add insult to injury: Susan Rice, National Security Advisor to Obama, described Bergdahl’s service as honorable and with distinction in response to questions about negotiating with terrorists and the prisoner swap.
http://newsbusters.org/blogs/brad-wilmouth/2014/06/06/cnns-acosta-presses-susan-rice-bergdahl-honor-and-distinction-gaffe
-
-
It appears that there are several good generals left in our military, that Obama has not yet purged, who have filed major Court Martial charges against Bergdahl.
After years of living “the good life” it appears Bergdahl may yet face charges for his dishonorable behavior in the face of the enemy and contrary to the safety of his fellow soldiers.
-
Army Sgt. Bowe Bergdahl Arraigned on Charges Including Desertion
Soldier who left base in 2009 did not say whether he wants to face court-martial with a jury or with just a judge
http://www.wsj.com/articles/army-sgt-bowe-bergdahl-arraigned-on-charges-including-desertion-1450803202
-
We can rest assured that Obama is so personally vested in Bergdahl and his parents that he will grant Bergdahl an unconditional pardon before he leaves office.
Just More Hope And Change We Can Believe In!
-
Army Brass Finally Got Brass for Bergdahl
http://roanokeslant.blogspot.com/2015/03/army-brass-finally-got-brass-for.html
-
GITMO And GO
http://roanokeslant.blogspot.com/2015/06/gitmo-and-go.html
-
Tale of Two Deserters: Eisenhower and Slovik vs. Obama and Bergdahl
http://roanokeslant.blogspot.com/2015/01/tale-of-two-deserters-eisenhower-and.html
-

Merkel And Obama: Caption The Photo 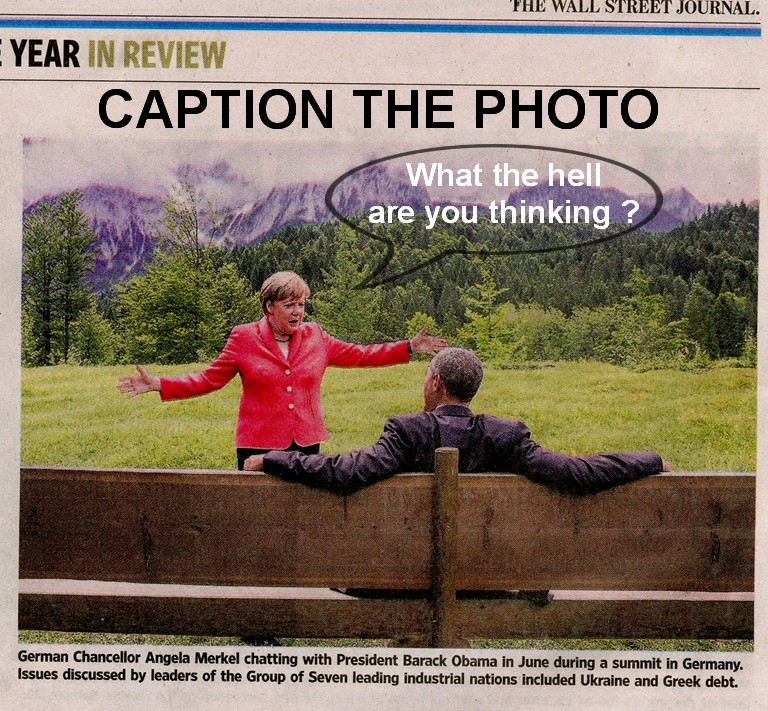 Christmas At Arlington - Least We Forget 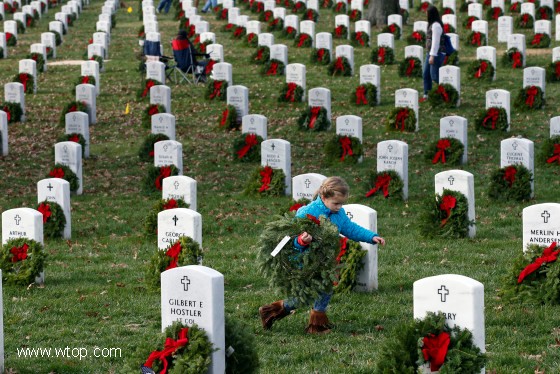 -
-
Click the following link for a most beautiful rendition of "Silent Night" by Norwegian singer Sissel
https://www.youtube.com/watch?v=uK3_Kr2nLtA
-

-
Earlier Tuesday, the Texas senator criticized the Post on Twitter over the cartoon, which depicted him as an organ grinder dressed in a Santa Claus costume while two similarly-clad monkeys danced on leashes in front of him. The cartoon was captioned, "Ted Cruz uses his kids as political props."
Yet more Pravda Press despicable tripe from the Washington Post.
-
A sample of on-going left-wing nasty rhetoric that the Pravda Media have accepted as OK by their silence and snide smiles and winks.
Biden And Associates: The Vile, The Vicious And The Nasty
http://roanokeslant.blogspot.com/2015/10/biden-and-associates-vile-vicious-and.html
-
Yet More Left-Wing Vile, Vicious and Nasty Dialogue
http://roanokeslant.blogspot.com/2015/10/yet-more-left-wing-vile-vicious-and.html
-
Why Are Obama’s Associates So Vile And Nasty?
http://roanokeslant.blogspot.com/2013/12/why-are-obamas-associates-so-vile-and.html
-

Afghan official: Taliban overrun district in
http://www.roanoke.com/news/wire_headlines/afghan-official-taliban-overrun-district-in-helmand/article_71a26ff8-d31d-56bd-8e01-4cfbb771249b.html
The head of Helmand's provincial council, Muhammad Kareem Atal, said that 28 members of the Afghan security forces — usually a reference to army and police who also fight on the front lines across the country — were killed fighting on Sunday. Another 15 were critically wounded, he said.
"Around 65 percent of is now under Taliban control," Atal said. "In every district either we are stepping back or we are handing territory over to Taliban
Atal said more than 2,000 members of the security forces had been killed fighting in in 2015.
-
It seems like yesterday that VP Joe Biden told us that the Taliban is Not Our Enemy and the White House validated his ticket.
http://roanokeslant.blogspot.com/2012/01/taliban-not-our-enemy-drones-kill.html
-
http://www.foxnews.com/politics/2011/12/19/white-house-stands-by-biden-statement-that-taliban-isnt-us-enemy/#ixzz1h4NWQiFE
-
Just two months ago our non-Enemy Taliban Attacked, Took and now Holds the major Of Kunduz
http://roanokeslant.blogspot.com/2015/09/taliban-attacks-and-takes-afghan-city.html
-
Obama, Biden and Hillary are telling the world that all is good and “we are now in a good place” relative to the war that has been declared upon us by the Radical Muslim Terrorists.
-
Little wonder that: “seven-in-10 Americans believe the country is headed in the wrong direction — the highest percentage here since Aug. 2014”
http://www.nbcnews.com/meet-the-press/nbc-wsj-poll-terror-fears-reshape-2016-landscape-n479831
-
Sleep tight – Obama is in charge of your security and things will be much better as soon as he confiscates your guns and stops global temperature changes.
-
- -
New Additional News on Allah in US High Schools
Nothing says Merry Christmas like a Ramadan song – at least in Blaine, Minnesota.
Students sing 'Allah Akbar' at holiday concert
http://www.foxnews.com/opinion/2015/12/18/students-sing-allah-akbar-at-holiday-concert.html?intcmp=hpbt3
I’m sure a number of Lutherans along with other Protestant parents spewed their egg nog when they heard their offspring singing, “Allah Akbar, Allah Akbar.”
The school district said they have students from a number of different backgrounds and they try to promote equal opportunities for all students.
-
-
RT: 12-19-2015: Calls presented a “risk of harm” to Augusta County school officials
Augusta County officials said they acted as anger mounted over an Islamic lesson.
http://www.roanoke.com/ap/state/calls-presented-a-risk-of-harm-to-augusta-county-school/article_cd3a4530-30bc-5162-849d-2f619cf03ebf.html
-
-
RT:  12-18-2015:   Lesson on Islam spurs 24 school closings
http://www.roanoke.com/news/nation/wire/virginia-district-cancels-school-over-islamic-lesson-anger/article_fca2eeb0-5383-502c-bc7e-9c082fb9c52a.html
-
Islamic faith statement outrages county parents
http://www.newsleader.com/story/news/local/2015/12/15/augusta-county-riverheads-high-school-teacher-world-geography-islam-angry-parents/77374858/
— About 100 people came to a forum Tuesday night to discuss a recent incident at that has upset students and parents.
During a world geography lesson on Friday about world religions, including Islam, teacher Cheryl LaPorte had students complete an assignment that involved practicing calligraphy and writing a Muslim statement of faith, also known as the shahada, which translates as: "There is no god but Allah, and Muhammad is the messenger of Allah." Students were also reportedly shown copies of the Quran.
-
county cancels classes (24 schools) Friday over response to Islam lesson
http://www.foxnews.com/us/2015/12/18/virginia-county-cancels-classes-friday-over-response-to-islam-lesson.html?intcmp=hplnws
Bond said the school district received “voluminous” phone calls and emails after a teacher asked students to complete an assignment that included practicing calligraphy and the Muslim statement of faith, “there is no god but Allah. Muhammad is the messenger of Allah.”
-
But not to worry because:
“The school district further defended the lesson saying the assignment was consistent with the Virginia Department of Education Standards of Learning and the requirements for content instruction on world monotheistic religions.”
-
-
The Rebel Flag is out ---  Christ is out ---   and Allah is in!
What was she thinking?
Calligraphy!  During a geography class!  Really?
Apparently, the old adage still holds:  The road to hell is paved with good intentions!
-
-
And it’s:  Christmas in Dixie –