http://liveshots.blogs.foxnews.com/2010/02/24/ft-hood-attack-publicly-called-terrorism/?test=latestnews
After four (4) MONTHS of hiding behind Obama’s Muslim Political Correctness Doctrine -- Homeland Security Secretary Janet Napolitano (who wouldn’t say "terrorist" for her first year in office) has finally become the first Obama Administration official to publicly describe last year's deadly shootings at Ft. Hood, Tex., as a terrorist act.
-
During the Senate hearing on Wednesday morning, Sen. Joe Lieberman (I-CT), the Homeland Security Committee's chairman, called the administration's "reluctance" to use terms such as "Islamist extremism" or "Muslim terrorist" a "pet peeve of mine."
Lieberman asked Napolitano: "Has the administration made a decision to avoid any public reference to 'violent Islamist extremism' or 'Muslim terrorists'?"
-
Now, after four months of hiding what everyone knew after the first week, where are the Purple Hearts for the Killed and Wounded Veterans at Fort Hood who deserve the distinction and recognition of combat service wounds having given their blood and life and health for their country.
- 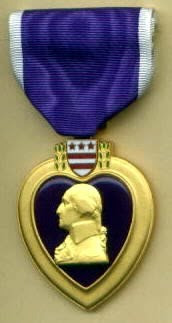