Rejoice: There Still Are Responsible, Professional and Ethical Scientists

-
Roanoke Times, 9-23-11, Pg 3: Traveling faster than the speed of light
-
The CERN Laboratory has conducted experiments on “particles” that measurements indicate may have traveled faster than the speed of light.
-
This is very interesting because according to Einstein’s Theory, exceeding the speed of light would take an infinite amount of energy.
-
So what have these scientists done?
“They are inviting the broader physics community to look at what they’ve done and really scrutinize it in great detail, and ideally for someone elsewhere in the world to repeat the measurements”!
-
What an amazing and refreshing change from the behavior of the AGW (man-made) Global Warming Alarmist pseudo-scientists who hide their data, hide their models, hide their algorithms, and hide themselves from public review and study and then call those who question them Deniers, Racists and Terrorists:
http://roanokeslant.blogspot.com/2011/09/man-made-global-warming-skeptics.html
-
As one who has spent a life-time among scientists, engineers and programmers I had begun to worry that my people had lost their way. This situation has restored my faith that those Scientists-Without-Gore are still professionals.
-
Prior Items:
http://roanokeslant.blogspot.com/2011/09/why-do-agw-alarmists-find-it-necessary.html
-
http://roanokeslant.blogspot.com/2011/09/someone-tell-gore-climate-has-always.html
- 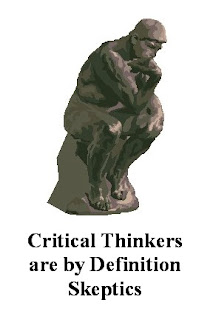