-
Roanoke Times, 10-10-11, Pg 1, 3: Chaos Reigns in Egypt; “Protests by Christians trigger night of violence”; At least 24 people killed.
-
The Obama team and their friends in the liberal media including the Editors of the Roanoke Times were so very pleased with the Egyptian Violent Revolution in the streets that they all declared that Democracy and Freedom had won out over tyranny.  "Mission Accomplished"!
-
However, a peaceful protest by Christians objecting to the ongoing systemic abuse of Christians and destruction of their Churches by the Radical-Muslims is met with terrible violence by the Egyptian military and police and violent-Muslims and the headline reads:
“Protests by Christians trigger night of violence”
Who writes these warped and biased and stupid headlines anyway?
-
Those Darn Christians – don’t they understand that Egypt is a Muslim country and now that the Muslim-Brotherhood has seized control, it’s time for them to pack-up and get-out and not “trigger” anymore violence?
-
Obama and his progressive socialists have empowered and emboldened an international Radical-Muslim movement that will engulf not just the Mideast but the world in chaos and violence that we haven’t seen since Radical-religion drove the Jap-Kamikaze Wars. In fact, it was the magnitude and effectiveness of the Jap-Kamikazes that lead to the decision to drop the A-bombs instead of launching D-Day type invasions of Japan.
http://en.wikipedia.org/wiki/Kamikaze
- 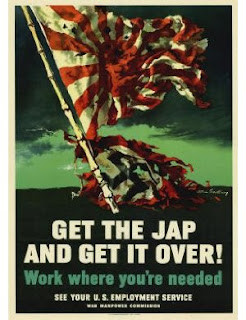