-
Roanoke Times, 11-30-2012, Pg 7: Climate Change:  Polar Ice Melting
-
-
Reported to RoanokeSlant by a creditable media source that refuses to be identified:
In order to prove to the few remaining man-made global warming AGW Skeptics that the Arctic ice is melting at an alarming rate never seen before Al Gore manned the conning tower on nuclear submarine Skate where on July 30th they cruised into the Arctic where they operated under the ice for 10 days. During this time, she surfaced nine times through the ice.
Is this a demonstration of global warming and confirmation of the Al Gore, Michel Mann global warming hockey stick projections of catastrophic climate change?
- 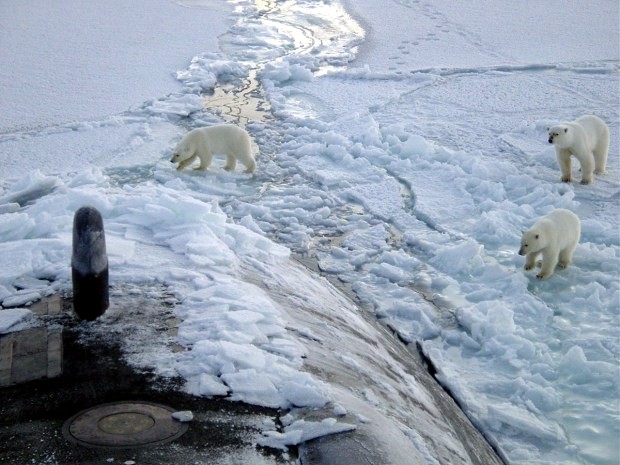 -
Wait a minute:
That’s not Al Gore, its Commander James F. Calvert!
And that’s not 2012 its 1958!
Bears doing very well on thin ice !
-
-
The past several thousand years (less than a blink of nature’s eye), Greenland was much warmer than it is today.
- 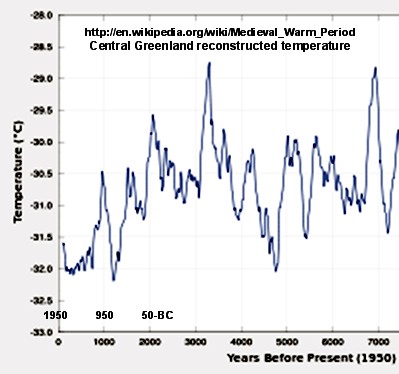 -
It was so warm in the 1400s that Vikings colonized Greenland and Iceland. But then the Little Ice Age showed up and they all starved and froze to death. Apparently Global Cooling was a much greater issue than Medieval Global Warming.
- 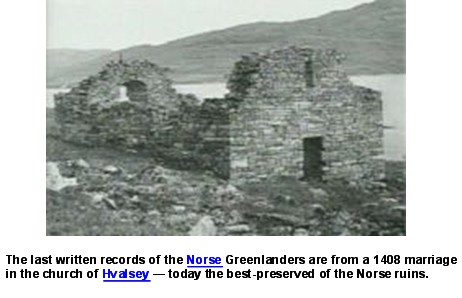