-
Global Warming Apocalypse Canceled,  By Patrick J. Michaels
This article appeared in Washington Times on January 17, 2013.
http://www.cato.org/publications/commentary/global-warming-apocalypse-canceled
-
New Major Global Warming AGW News:  1-17-2013
Promoters of climate hysteria admit planetary temperatures are stable
Mr. Hansen (who is the number-one man-made global warming AGW alarmist, who has been a key Gore teammember, has just acknowledged more than the lack of warming. His words confirm nature, not mankind, played the decisive role in directing global temperatures over the past 10 years. http://www.washingtontimes.com/news/2013/jan/17/global-warming-takes-a-vacation/#ixzz2IFyoB8jw
-
Roanoke Times, 1-13-2013, Pg Horiz 1, 4, Bill McKibben, Middlebury College: "Climate change Won’t Wait". Big article, big headline, and even bigger graphic.
-
Yet another emotional alarmist shout-out for immediate draconian action to address global warming and climate change. “If Obama won’t act, we’ll have to do it for him”!
How about if Mother Nature won’t listen to us, we’ll just show her a thing or two!
-
Al Gore went to Middlebury circa 2007 and presented his Inconvenient Truth material, the core of which was the (since totally discredited) Michael Mann Hockey Stick graphic, upon which all alarmists have based their claims to fame. Apparently that visit infected the campus with Goreitis with all its disturbing negative side-effects.
Apparently that's what happens when you don't practise "Safe AGW".
-
The Michael Mann "Hokey" Hockey "Schtick"

-
So how’s that "Schtick" working out for you Al and Bill?
What do the NASA data charts look like:
-
The NASA NON-HOCKEY-"SCHTICK" 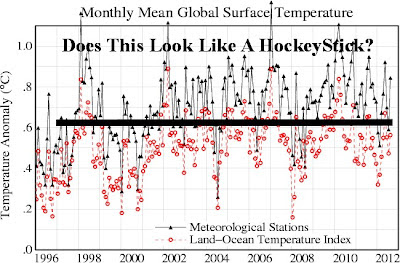 -
And what about the less than one (1) degree change in global temperature since 1880:

-
Apparently it was indeed warm this year in the US that represents about 2% of the Worlds Surface; not so much in the rest of the 98% global world. How warm is certainly not clear but given we’re warming up from the end of the little ice age, circa 1780, a one degree change in 250 years is quite reasonable given the huge variations over the past million years.
-
Clearly the alarmists have not made the case for man-caused global warming AGW and what is clear is that their reliance upon invalidated models is not working out.
-
The climate is truly changing; the climate has truly been changing for millions of years!
All this change without any help from Gore, Mann or McKibben.
- 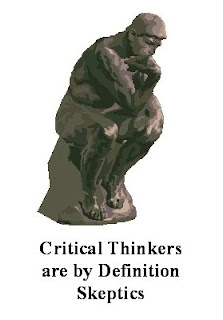 -
Re: "SCHTICK"  For those who didn't grow up in the Catskills - click:
http://www.urbandictionary.com/define.php?term=schtick
"presentation or sales pitch, from yiddish slang, implying phoniness or slickness, lack of substance with focus on style."
-
-
http://roanokeslant.blogspot.com/2013/01/2012-was-warm-in-us-not-so-much.html
-
http://roanokeslant.blogspot.com/2012/12/global-warming-roars-across-us-leaving.html
-
How I became a AGW Skeptic, and why I still am:
http://www.roanokeslant.org/AGW-Skeptic/
-