-
And Just In Time For Memorial Day!   What a Pathetic bunch!
- 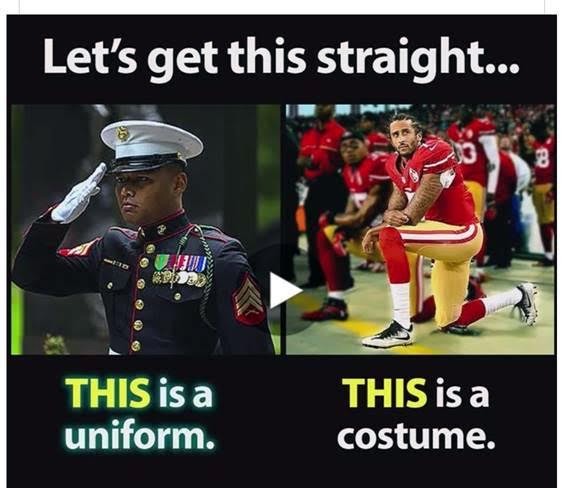 -
-
Apparently the Obama Legacy caused Roger Goodell, NFL President, to take over a year to announce ‘kneeling’ rules for people who are ‘on the job’ being paid multi-millions.
Is there any employer anywhere that tolerates inappropriate and disrespectful behaviors ‘on the job’?
Goodell gets $40 million per year through the 2023 season for this type of leadership?
http://www.espn.com/nfl/story/_/id/21691975/nfl-commissioner-roger-goodell-signs-contract-extension
-
NFL's national anthem policy: Players on field must stand, show 'respect'
https://www.usatoday.com/story/sports/nfl/2018/05/23/nfl-national-anthem-policy-kneeling-protest/637050002/
-
Meghan McCain defended herself Friday after “The View” audience appeared to give her the cold shoulder over her comments on the national anthem protest debate.
“I disagree with everyone on this table,” she said. “I would never be okay with somebody not saluting the flag. By the way, 72 percent of Americans, according to Reuters, said that they thought [Colin] Kaepernick’s behavior was unpatriotic.”
(who are the other 28% and to what country do they bear allegiance?)
http://www.foxnews.com/entertainment/2018/05/25/meghan-mccain-defends-comments-on-national-anthem-protests-after-view-backlash.html
(may have to copy-paste link into browser to view fox article)
-
The only person standing
is the man in a wheelchair 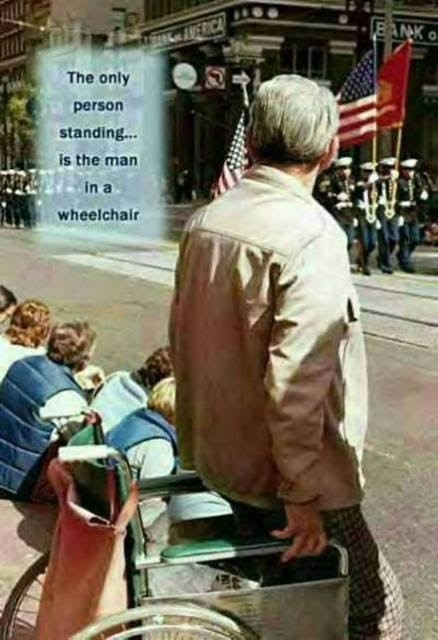