Kerry And The One-Sided Logan Act

-
Roanoke Times, 9-15-2018, SofS Pompeo blasts John Kerry for ‘undermining’ US policy
https://www.roanoke.com/news/politics/wire/trump-pompeo-bash-ex-secretary-of-state-kerry-on-iran/article_657d9869-8bdc-5ade-a70f-7d1f05812fb7.html
“WASHINGTON (AP) — Secretary of State Mike Pompeo has unloaded on his Obama-era predecessor John Kerry for "actively undermining" U.S. policy on Iran by meeting several times recently with the Iranian foreign minister, who was his main interlocutor in the Iran nuclear deal negotiations.”
-
-
The Logan Act: Illegal to negotiate with or represent any foreign government without first registering as a “Foreign Agent” with the US government.
-
Obama’s hatchet-men went after and destroyed Mike Flynn for meeting with foreign representatives after Trump was elected but before Trump took office.
-
Obama’s ex-SofS John Ketchup Kerry has now been meeting with the Iranian Leadership on nuclear weapons.  This after leaving office and having No official portfolio.
-
Apparently Kerry has the same ‘immunity’ from prosecution as Crooked Hillary and her minions.
It’s not just a swamp – it’s so much more!
-
- 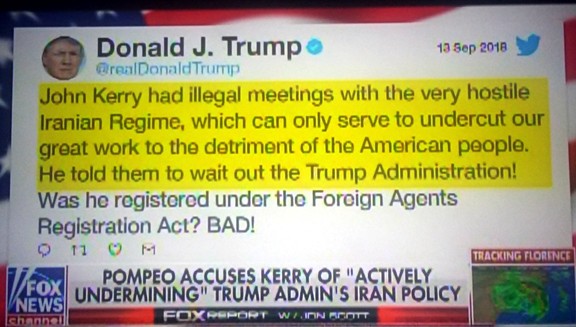 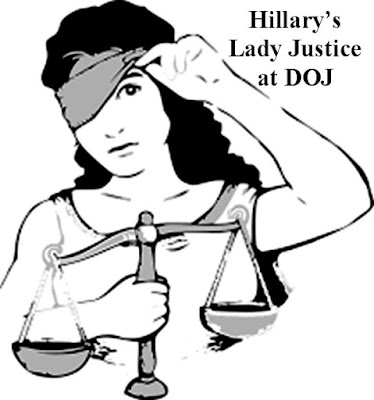