-
Global Cooling Update 11-3-2019
ABC:  Cold air stretches across much of the US
https://abcnews.go.com/US/cold-air-stretches-us-california-fire-conditions-recede/story?id=66721799&cid=clicksource_4380645_null_headlines_hed
“This morning wind chills are in the 20s and 30s for nearly two-thirds of the nation. It's feeling quite cold across parts of the deep South and southeast, where wind chills are in the 30s from Texas to the Carolinas.”
-
-

The AGW Gorites and their PravdaMedia propagandists are world’s best at ‘cherry picking’ data that supports their hypothesis; however, they are equally adept at ignoring those cherries that conflict with their story-line.
A key fact always ‘missed’ is that thermometers came into common use circa 1895, a very short climate-time ago, therefore claims about historic highs and lows are very misleading and short-sighted.
-
Utah sees record cold of -43.6 ºF – ‘Perhaps the lowest October temperature ever recorded’ in continental U.S.
https://www.climatedepot.com/2019/10/30/utah-sees-record-cold-of-43-6-of-may-be-lowest-october-temperature-ever-recorded-in-continental-u-s/
Meteorologist Paul Dorian:  "Perhaps the most amazing temperature recorded in this unusual cold spell for the western US took place earlier today in the remote observing station of Peter Sinks, Utah...the unofficial overnight low temperature there of -43.6 ºF is pretty amazing for this time of year and perhaps the lowest temperature ever recorded in the Lower 48 during the month of October. Nearby Salt Lake City, Utah provided some supporting evidence of the extreme cold as it set a low temperature record of 14 ºF for the date and records there go all the way back to 1874.
-

-
-
Winter likely to be warmer but have 'large swings' in temperatures and precipitation, NOAA says
https://www.foxnews.com/us/winter-forecast-outlook-large-swings-climate-noaa
Ah yes – that pesky variability in weather, climate, temperature, sea-levels and really bad natural events!
Something about signal to noise ratios that invalidate much of what the Gorites proclaim.
-
-
Increased Antarctic sea ice may have contributed to past ice ages
https://www.foxnews.com/science/explosion-antarctic-sea-ice-ice-age
(may have to copy-paste link into browser to view fox article)
“Using computer simulations, the research looked at past changes during the glacial periods and noted that previous increases in sea ice levels may have significantly altered the circulation of the ocean, which led to a reverse greenhouse effect as carbon dioxide levels in the ocean increased and levels in the air decreased.”
-
-
Let's fix all the AGW CO2 issues with a Carbon Tax and Credits that will make Al Gore even richer with no measurable value.
https://www.forbes.com/sites/larrybell/2013/11/03/blood-and-gore-making-a-killing-on-anti-carbon-investment-hype/#7760243f32dc
- 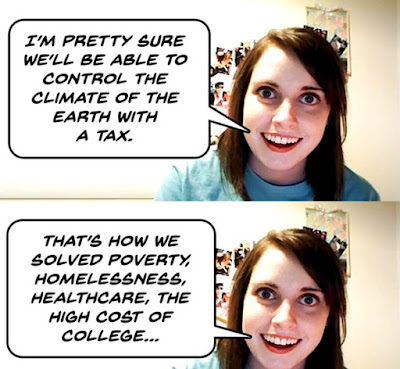